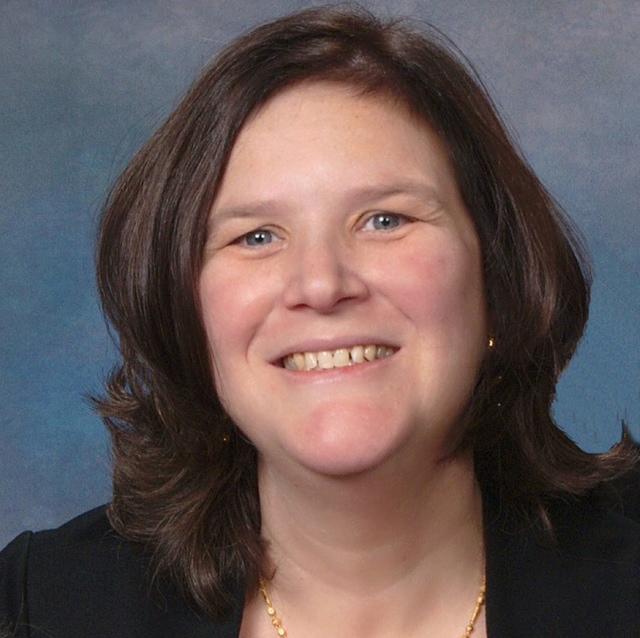 Heather H. Volik received her B.A from the University of Pittsburgh in 1995.  She obtained her J.D. from New York Law School in 2006, and was admitted to practice law in New York in 2007. During law school, Ms. Volik worked as a Research Assistant for Professor Benson at New York Law School. From 2006 to 2007.  Ms. Volik clerked for The Honorable Robert C. Chambers, United States District Court S.D., WV.

Ms. Volik has focused her pro bono work at Sullivan & Cromwell LLP on immigration matters.  For example, Ms. Volik represented THE NATIONAL IMMIGRATION PROJECT OF THE NATIONAL LAWYERS GUILD, in an amicus brief to the Supreme Court seeking the court to accept the Petition for Writ of Certiorari in Serne-Guerra v. Holder.  The case was challenging the Fifth Circuit’s determination that Unauthorized Use of Motor Vehicle was a “crime of violence” under Section 16(b) of Title 18 of the US Code.   Ms. Volik was asked to write the brief based on a Law Review Article she published entitled Driving Down the Wrong Road: The Fifth Circuit’s Definition of Unauthorized Use of A Motor Vehicle as a Crime of Violence in the Immigration Context, 39 ST. MARY’S L. J. 149 (2007).   Professor Benson, from New York Law School assisted Ms. Volik in finding a client who had an interest in the case.  The government ultimately decided not to file a response and ceased classifying UUMV as a “crime of violence.”

Ms. Volik also represented a Jamaican immigrant, Mr. Lawson, who had been in the United States for over 50 years, served in the US Marines in Vietnam and was under removal order based on a his 1986 conviction of manslaughter in the first degree, twenty years before the government started removal proceedings.  On July 5, 2011,  the U.S. District Court for the Southern District of New York, in a decision issued by Second Circuit Judge Denny Chin (sitting by designation), granted Mr. Lawson’s petition for review of denial of naturalization, and ordered the United States Citizenship and Immigration Services (USCIS) to grant Mr. Lawson’s application for naturalization.  As a result, he avoided deportation and became a United States citizen.  Judge Chin wrote a sweeping decision, recognizing that “no man is beyond redemption,” Judge Chin found that Mr. Lawson did indeed possess the requisite good moral character, and in so doing rejected what he described as a “petty,” “mean-spirited,”  and “puzzling” attempt by the government to argue otherwise.

Ms. Volik is currently an Associate at the law firm Sullivan & Cromwell, which specializes in commercial litigation and white collar defense.  She recently participated in drafting and filing an Amicus Brief before the Supreme Court in United States v. Windsor, Brief of Amici Curiae Family and Child Welfare Law professors Addressing the Merits and In Support of Respondents.  Ms Volik is married and has two children.

Q.  When did you begin volunteering with the Safe Passage Project?

Q.   What made the case so challenging?

A.    This case involved two challenges.  One involved the Special Immigrant Juvenile Status (SIJS)petition for the daughter based on the father’s abandonment.  The second and biggest battle however, was the trying to determine what relief the mother would be eligible for.  We eventually decided to file an asylum petition for the mother.   We knew that petitioning for asylum for the mother was a long shot because she has been in the United States for around 10 years and had never filed an application for asylum.  There is a one year application deadline for asylum.  In the end, we were able to successfully make the claim for asylum for the mother based on the abusive relationship she was in since she was 14 years old, and the fact that her ex-boyfriend who has subjected her to these years of abuse was sent back to El Salvador.  We argued that if the mother was deported back to El Salvador, she would face the constant threat of fear and harm because the government would be unwilling or unable to protect her from her abusive ex-boyfriend.  We also successfully argued that there was a change in country conditions when her ex-boyfriend was deported to her country of origin.

Q.   What was one of the highlights about working on this case?

A.      One of the most remarkable and impressive things about this case was the mother’s attitude.  Most undocumented people that live in the shadows for as long as the mother has are usually afraid and unwilling to come out of the shadows because of fear of deportation.  However, although we explained to the mother that applying for asylum would be a long shot and there were no guarantees that we would succeed, the mother was very excited and glowing at the possibility of coming out of the shadows and a having a better future for her and her daughters.   I am still so impressed with the fact that it was the mother who really advocated for herself in the interview and felt she was an active member of the team.  When the daughter obtained the Special Findings Order, it was obvious that the daughter, did not really realize the implication of what it meant to avoid deportation.  However,  her mother knew what it meant for her future and her daughter’s future to be able to remain in the United States.

The best overall feeling however is the fact that our representation had a such significant impact on the lives of two people.   The mother was granted asylum and will be able to remain in the United States and the daughter was granted a special findings order which now puts her on the pathway to becoming a United States Permanent Resident.

Q.     What do you like most about working with the Safe Passage Project?

A.      I enjoy working with children because I know that my work is making a difference in these children’s lives.   It is a very rewarding experience to help children gain legal status so that they can have a better future in the United States.

Q.     What do you think about Services the Safe Passage Project offers?

A.      Safe Passage provides an invaluable service to children who need representation.   When I think about all that goes into representing each child and the various laws and statutory interpretations that goes into each representation, I am amazed that although the United States has a legislation in place such as SIJS that is a pathway for permanent residence for children who are able to escape the atrocities of their home country, this legislation does not have a provision which provides representation for these children. This makes me ask the questions “what would these children do if organizations like Safe Passage Project did not exist which step in and handle representation for these children?  How are children expected to know the laws and statutes are applicable to each case and advocate for themselves?“   I am disappointed that children are not provided representation because it is inconceivable to me that our court system and our ideas of justice stand on any principle that expect children to represent themselves.

Q.     How has this experience with Safe Passage impacted on your as a lawyer?

Q.     Do you plan on continuing on as a pro-bono Attorney for the Safe Passage Project?

Q.     How do balance your work with Sullivan and Cromwell, you pro-bono initiatives and your family?

A.      Sometimes I have to work late in order to make deadlines.   However, my children are my greatest source of motivation especially when I am working on a Safe Passage case.  When I see how fortunate my children are, and then I think about the conditions that these children had to live in and the fear they must have faced and still face, it puts things into perspective for me.  I realize that sometimes you have to miss out on your life to help others.  I am lucky to have the ability to help others.

Q.     What do you do with those rare moments that  you do get some spare time?

A.      I am a slow distance runner.  It helps a lot with the stress of the long hours I have to put in with my work and my other pro-bono initiatives.   I also try to spend a much time as I can with my children who are now three years old and 10 months old.