The journey from El Salvador to New York too Juan nearly one month. Following a 20 day journey on foot and by bus, and at times without any food and water, through Guatemala and Mexico, seventeen year old Juan*, a native and citizen of El Salvador, arrived in New York. The trip was long and tiring, but Juan had finally arrived in New York.

He left his home and family to pursue a safer life in the United States. After seeing many of his friends beaten up and even murdered when they refused to join MS-13, one of El Salvador’s most notorious gangs, he decided to leave.

Juan also sought the opportunity to receive an education. At home, Juan suffered at the hands of his father who was abusive and neglectful, and who forced him to quit school at age thirteen.

Since Juan was almost eighteen years old when he met with Safe Passage, Safe Passage attorney, Matthew Beatus immediately filed for withholding of removal and asylum. Mr. Beatus, who is a pro bono attorney and graduate of New York Law School is also an Associate at Wolfsdorf Rosenthal LLP and specializes in immigration law. His inspiration for working in this field comes from growing up in Miami, which in his words, “has one of the strongest immigrant cultures in the country.”

When Mr. Beatus and Juan first met, Matthew noted the demeanor of his client. “Juan was very nervous. You could tell that he was extremely anxious to go through this process, and was very afraid he would be forced to return to El Salvador.” Juan expressed in his screening interview that the gangs operated in his neighborhood and that if he returned, he feared that he would be targeted again, and possibly killed.

The day of the asylum interview was particularly trying. “It was a cold and rainy day; we waited multiple hours at the asylum office to be interviewed. Juan sat very quietly the whole time, noticeably nervous, waiting to be called to talk about terrible things that happened to him,” Mr. Beatus recounted. Once his case was called, even with multiple translators in the room, it was hard for everyone to understand each other.

Since the interview did not go exceptionally smoothly, we were a little nervous about receiving the USCIS asylum decision. “When we found out that Juan was granted asylum, we were all extremely relieved,” Mr. Beatus stated.

Mr. Beatus noted the physical and emotional transformation in Juan upon learning oh his asylum grant. “He was happy, relaxed, and constantly smiling as if a tremendous weight had been lifted off him. To say that he seemed relieved would be a major understatement. This initial reaction and transformation is what I will continue to remember most vividly.”

Throughout the asylum process, Juan enrolled in High School and currently lives happily in Queens with his uncle. He is dedicated to his studies and eager to take advantage of the opportunities available in the Unites States. They are currently receiving resettlement assistance from Catholic Charities and remains in close contact with Safe Passage. 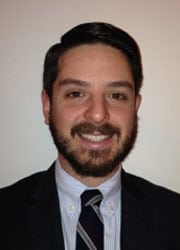 Mr. Beatus enjoyed his experience working with Juan and Safe Passage immensely. He is especially appreciative of the collaborative environment at Safe Passage. “The attorneys, staff, interns, and other volunteers are incredible and have proven invaluable resources. They are always very responsive when questions arise or when help is needed.” Mr. Beatus highlighted the assistance and support he received from 1st year New York Law School student and Safe Passage volunteer Estefani Rodriguez in all aspects of the case.

We, at Safe Passage are extremely happy for Juan and proud of the work our Mr. Beatus has done on Juan’s behalf.

(All facts are true. However, Safe Passage has omitted some facts and changed our client’s name to Juan to protect his privacy and confidentiality.)