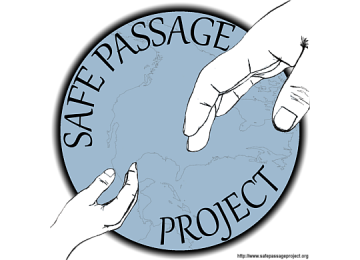 New York City has always had a shortage of immigration lawyers, but with the new “surge dockets” that arose when the Obama administration mandated that unaccompanied children appear in court within three weeks of entering deportation proceedings, the shortage has intensified.

While undocumented children are not entitled to government-appointed lawyers, legal representation can be the difference between being removed from the country or being able to stay with sponsors in New York or elsewhere. Some lawyers working for immigrant service organizations carry caseloads of over 150 children. Organizations like Safe Passage and Catholic Charities have added immigration law training sessions for law students and lawyers doing pro bono work for immigrant children.

“In addition to the juvenile docket, public school programs, foster care projects, every day we’re in immigration court. We’re there with our team,” said Guillermo Stampur, a Harlem resident and an attorney with Safe Passage, which recruits volunteer lawyers to represent immigrant youth. “These days have been long for all of us […]”

To address the insufficient legal support for minors facing immediate proceedings, the council, the Robin Hood Foundation and the New York Community Trust are contributing $1.9 million to eight organizations to either expand their capacity to represent more children or place children with law students and pro bono lawyers.

“It’s a stopper; it’s not a long-term project. It could be, but we’ll see how the first year goes,” said Stampur.

Benson estimates the coalition is dealing with 1,300 cases from Central American countries like Honduras, Guatemala, and El Salvador in the surge dockets since mid August […]

Benson discussed lawyers’ struggles to cope with clients’ difficult situations. “There certainly have been times when lawyers have to come to me not knowing how to deal with the fears and anxieties,” she said.

Every day a different organization’s attorneys work at the dockets, screening children and their parents or caretakers to assess whether the newcomers are eligible for visas. When Safe Passage does screenings, a lawyer, a New York Law School student and an interpreter talk with each child. Each screening takes an hour.

In the courtroom, the attorneys assist the child in asking for more time to find a lawyer, requests usually granted as long children show up for their court date. A few have already been deported for not appearing.

On a recent Thursday morning, Stampur walked around with a phone trying to reach a boy who hadn’t arrived for his court date. “This does not normally happen. If he doesn’t show up, he’ll be deported,” Stampur said, sounding worried. “At this point his phone isn’t working. We’re going to Facebook.” […]

With the new funding, Benson said, the immigrant service organizations will decide within weeks which children will be placed with which organization. In the meantime, the proceedings continue with children receiving November and December court dates. Benson said that Safe Passage hopes to hire up to three more lawyers and a part-time social worker […]

Stampur said the 16-year old boy he was searching for on Facebook eventually showed up.

Asked how long the surge dockets will go on, Stampur said, “As long as the surge continues, we’ll be here. It’s indefinite.” ”