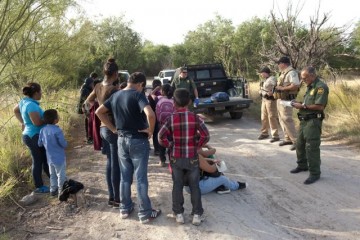 Approximately 30,000 unaccompanied children and 40,000 children with families entered the U.S. from May to August of this year. The surge consisted almost entirely of children and families fleeing the countries of El Salvador, Guatemala, and Honduras within Central America.

From June to August of this year, the number of adults with children entering the U.S. fell from a high of 16,329 to 3,296, and the number of unaccompanied children fell from 10,622 to 3,141. Although the surge has slowed, the need for representation is ever present. Safe Passage continues to work hard to fill the gaps in the legal immigration process and provide a smoother path for these distressed children and families on their way to gaining status and safety in the United States.

Between July 18 and Sept. 30, about 85% of unaccompanied children appeared for their scheduled first hearing, and about 66% of children with families appeared, according to data obtained from the Executive Office for Immigration Review. Out of the 7,131 migrants whose cases were scheduled for a first hearing, judges ordered 1,035 of them deported “in absentia” for not showing up.