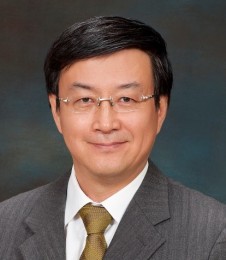 Mr. David Pyun, Esq. was born in Korea, but moved to Buenos Aires, Argentina at a young age. Mr. Pyun realized his lifelong goal of becoming an attorney in 1988, when he received his Law Degree from the Faculty of Law at the University of Buenos Aires. This made him one of the first foreign-born male lawyers in Buenos Aires.

A little over 10 years later, Mr. Pyun moved to New York and obtained his LLM from Fordham Law School.

Mr. Pyun currently has his own law firm in Bayside, Queens where he represents clients in various areas of law, including immigration law. Mr. Pyun’s ability to speak three languages – Spanish, English, and Korean – has allowed him to dedicate his efforts to the communities that have supported him all of his life.

Mr. Pyun began volunteering with the Safe Passage Project in an effort to help children. He believes that children have the right to counsel in Immigration Court and recently worked tirelessly to help a young boy obtain legal immigration status. Mr. Pyun deeply sympathized with his client’s difficult past – especially, his very difficult journey to the United States. Mr. Pyun went above and beyond to make sure that his client would be able to remain lawfully in the United States and would be given the opportunity to obtain his future dreams. Mr. Pyun’s client adored working with Mr. Pyun and regularly called Safe Passage to say thank you for pairing him with such a diligent, thoughtful, smart, and hard-working attorney. Safe Passage is grateful to Mr. Pyun for everything he has done for Safe Passage and his most recent client.

When Mr. Pyun is not practicing law, he enjoys reading books, traveling, and playing soccer.