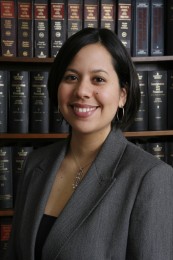 I’ve had children who, when you ask them about life in their home country, they burst into tears,” said Desireé Hernandez, Supervising Attorney for the Safe Passage Project, a non-profit organization serving the legal needs of immigrant youth in New York. “The screening interviews we do with children are heartbreaking. They tell us about gang recruitment, about how they were working at age 11. They tell us that they were being abused, that they have no one to take care of them, or that their family members back home were killed.”

“I don’t hear anyone talking about DACA or citizenship,” Hernandez said. “I say to anyone who believes that these kids’ claims are not credible to come to court and see how young, how traumatized they are.””