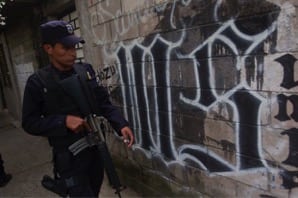 According to a recent report from UNICEF, El Salvador has the world’s highest rate of homicide for children and adolescents. And it’s rising. It’s in the barrios and marginalized communities, where half of El Salvador lives in poverty, that gangs have taken hold like tropical vines. The two biggest gangs are the notorious made-in-America Mara Salvatrucha, also known as MS-13, and its rival, known as MS 18 or 18th Street. They come with assault weapons, many with tattoos etched on their faces. The gangs are trying to recruit the children to join the gangs, and if the children don’t join the gang, the gang members are going to kill them.

To read the full article or listen to the report, click HERE.

To check out Part 2 of the report, click HERE.