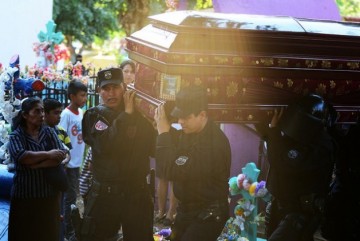 After recent attacks by gangs against police and soldiers, there is talk in the legislature of declaring a state of siege in the most violent urban areas, and the government ordered the creation of three quick response battalions, similar to the ones that operated during the 1980-1992 civil war.

Meanwhile, police and local residents are openly discussing the creation of groups to exterminate gangs, along the lines of far-right paramilitary death squads active in the country from the 1970s until the end of the armed conflict in 1992.

If approved by parliament, the state of siege would suspend constitutional guarantees such as freedom of assembly and free passage, while militarising areas with high murder rates.

The last time a state of siege was declared in El Salvador was during the November 1989 guerrilla offensive known as “To the limit”, in the midst of the armed conflict that left 75,000 people dead and 8,000 “disappeared”.