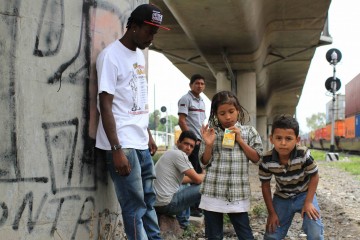 Although, there have been significantly less immigrants making it to the Mexico-U.S. border this year, it is not for a lack of trying.  Record numbers have been detained in Mexico, and sent back to the violence of their home countries.

A study by Georgetown Law School’s Human Rights Institute found that the children apprehended by the Southern Mexico authorities from Central America over the past year have faced excessive stints in detention, often in poor conditions, deterring them from seeking asylum abroad.  The study further found that Mexican immigration officials have failed to adequately screen children for international protection needs and did not inform them of their right to apply for asylum.

According to government statistics, over 105,000 Central Americans (mostly from Guatemala and Honduras) were deported from Mexico in 2014, but during the first two months alone, in 2015, an additional 25,069 were deported.

To read the full article from Forbes Magazine and learn about the study from Georgetown Law School, click here.