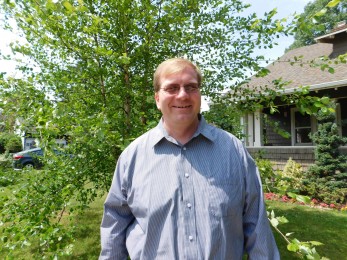 Gregory B. Pietrzak attended St. John’s University for undergraduate school and was a
communication major with a minor in business. Upon graduation, Greg worked in the music field as a producer and manager with alternative, independent bands. He realized that he needed a better understanding of the business-side, such as contracts, so he finally followed a long-held desire to become a lawyer. He attended New York Law School and graduated in 1996.

While in law school, Greg was a part of the Moot Court Association which provided him with invaluable experience in brief writing and oral arguments. He was the co-author of the Wagner Competition Fact Pattern and Bench Brief. He was also part of the Civil Law Clinic where he was able to work on an Asylum application. Through these experiences and many more, he realized that his passion was in working with people and he could do this best in criminal and immigration law.

Upon graduation, Greg started out in a firm that dealt primarily with immigration ligation and asylum cases. He later moved to a firm that focused on business-immigration cases and this gave him a broader understanding of the immigration field and alternatives for clients. In spring 2012, he started his own firm, Macina & Pietrzak, LLC, with a partner. At around the same time, Professor Benson reached out to Greg and recruited him to help Safe Passage. Greg has been assisting Safe Passage and helping our Safe Passage children ever since. In being able to set his own schedule now, Greg has been able to become involved in causes and pro bono work; things that are important to him and that he has always wanted to do.

Greg also worked on a case in which he assisted a child who was 15 years old at the beginning of representation. When her case was denied in Family Court, Greg proceeded with- and won- an appeal in the Second Department. Greg was then able to get a Special Finding order for the child 3 days before she turned 18 and aged out of the custody proceeding.

Greg enjoys volunteering and helping the children. He believes that every lawyer should devote some of his or her time to pro bono work. He is glad that he can use his skills to aid someone who may otherwise not be able to get where they are going and to help them through that process. He believes that it is important to advocate for immigrant children and to increase awareness that there is a great need for help. He mentioned that being a part of Safe Passage assisted him because he is now able to speak from experience and about real stories that actually happened to immigrant children. His drive and motivation comes from knowing that he is doing something good for these children. To Greg, volunteering to represent immigrant children is not only an opportunity to help, but also an opportunity to learn new things from our Safe Passage children.