Partnership of the Week

Safe Passage Project is proud to have teamed up with Morgan Stanley and Kramer Levin Naftalis & Frankel LLP to assist two previously undocumented children obtain legal status in the United States. The Legal Team that won legal permanent residency on behalf of both boys featured Sean Lewis and Stephanie Holmes of Morgan Stanley, and Tuvia Peretz and David Frankel of Kramer Levin. 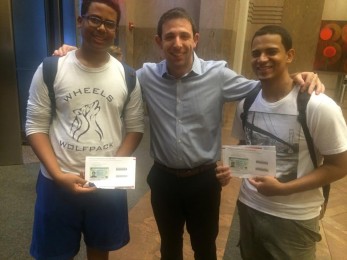 Their clients left the Dominican Republic for New York City when they were small because life was very difficult in the Dominican Republic. Since they arrived in New York they have lived with their mother. For the last 7 years, they have been forced to live in the shadows because of their undocumented status. As high school graduation day grew closer for the eldest brother, he remained uncertain whether he would be able to attend college because as an undocumented student, he would be ineligible for federal financial aid. However, thanks to the hard work of Kramer Levin and Morgan Stanley attorneys in Family Court, Immigration Court and before United States Citizenship and Immigration Services “USCIS”, both boys now have legal permanent residency. According to their clients, “We will never be able to repay our legal team for all they did for us. We are humbled and grateful. They represented us pro bono and gave my brother and I the opportunity to achieve our dreams in the city and country we love. Before meeting Tuvia, Stephanie, David, and Sean we did not even have a legally recognizable relation to our mother. Now she is our legal custodian and we have our legal permanent residency. We are forever grateful and will never forget Tuvia, Sean, Stephanie and David and what they have done for us.”

Tuvia Pertez is an associate in the Corporate Restructuring and Bankruptcy Department at Kramer Levin Naftalis & Frankel LLP. Mr. Peretz attended Columbia Law School and joined Kramer Levin Naftalis & Frankel LLP immediately following graduation. Mr. Peretz enjoys working with new people and new challenges, so he volunteered with Safe Passage. He had a feeling it would be a good opportunity to do pro bono in a structured way, with support, and as part of a dedicated team. This was Mr. Peretz’s first Special Immigrant Juvenile Status (SIJS) case, and he had never previously appeared in Family Court. As Mr. Peretz stated, “Family court is its own unknown monster, but it was nice to see that they welcome pro bono attorneys.” Mr. Peretz also very much enjoyed partnering with the team at Morgan Stanley and Safe Passage and found the partnership exceptionally rewarding. 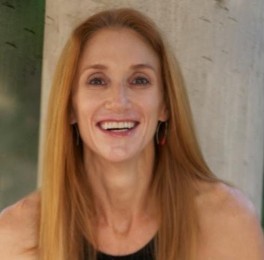 Stephanie Holmes serves as an Executive Director in the Legal and Compliance Division of Morgan Stanley. Ms. Holmes graduated from Fordham Law School and has worked at Morgan Stanley for 25 years. Ms. Holmes was excited to participate in the Safe Passage Pro Bono program and found it to be a very successful and interesting experience. She felt challenged because it opened her up to a new area of law. She is especially glad that she was able to help he clients clients obtain their dream of legal permanent residency.

Sean Lewis of Morgan Stanley graduated from New York Law School in 2014 and is awaiting admission. He has worked at Morgan Stanley for nine years and currently works in Capital Markets Compliance. For Sean, working on the Safe Passage cases provided both a great learning experience and a great opportunity to help two deserving children in need. Like Mr. Peretz, this was Mr. Lewis’s first immigration case. According to Mr. Lewis, “It was a very rewarding experience. The impact is immeasurable because the boys will be able to stay in the United States, live the lives they want, and achieve their dreams.”

Safe Passage salutes Mr. Peretz, Mr. Frankel, Ms. Holmes, and Mr. Lewis and thanks the team for its hard work and dedication on behalf of their clients.