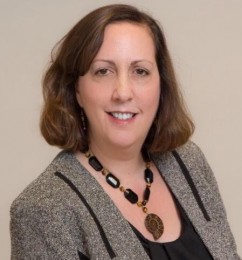 Careen Shannon, our latest volunteer attorney of the week, not only joined Safe Passage Project as a pro bono attorney, but was instrumental in creating a partnership with Fragomen, Del Rey, Bernsen & Loewy, LLP, which has sent many attorneys to volunteer at the surge docket and take on individual cases. When the surge of Central American children arriving at the United States border peaked in 2014, Careen, a partner at Fragomen, was asked to head the firm’s pro bono initiative to provide free legal representation to unaccompanied minors—a responsibility Careen readily accepted. Knowing about the Safe Passage Project, and about Lenni Benson’s passion to ensure that no child faces immigration court alone, she recommended that the firm’s New York office partner with Safe Passage in this endeavor. That partnership has proved fruitful, as Careen has successfully secured Special Immigrant Juvenile Status (SIJS) and a “green card” for a young client, whom we will give the alias Maria.

Since they met in October 2014, Careen has worked tirelessly to secure permanent residence for Maria. Maria and her family were subject to brutal victimization by violent gangs in Honduras. While there were facts that might have made Maria a good candidate for asylum, Careen knew that gang-based asylum cases are difficult to prove. She also knew that having Maria testify about sensitive details of her past would be traumatic. As she learned more about Maria’s family, Careen discovered that Maria’s father had never been in the picture, and this gave rise to eligibility for SIJS based on his abandonment. With great luck, Maria and her mother proved to be extraordinarily motivated and organized and had all of the necessary paperwork for a SIJS petition. Maria’s mother was also able to secure an affidavit from the father confirming that he was never involved in Maria’s life. The entire process had largely no hiccups thanks to the efforts of all the parties, and Maria became a permanent resident almost exactly one year after Careen and Maria first met. Maria is now taking intensive ESL classes at a community college and will soon take the TOEFL exam so that she can enroll in a bachelor’s degree program.

Careen began to understand at a young age the importance of helping those in need. As she grew up in the 1960s and 1970s, her mother brought her to civil rights rallies and anti-war marches, and taught her by example the importance of working for social change and of helping to improve the lives of the less fortunate. Careen quips that as a child, she didn’t know what a grape tasted like, because her family supported the United Farm Workers’ years-long grape boycott. Inspired by her mother’s values, Careen became determined to live up to them as an adult. That led her to enroll in the public interest-oriented City University of New York School of Law, where she was in the third of the school’s first three entering classes. She was attracted by CUNY School of Law’s re-thinking of the traditional law school curriculum and its dedication to training lawyers to work in the public interest. Most learning was accomplished through simulations, clinical work and externships. Careen reports that it was exciting to be part of building a new institution, and the icing on the cake was that she even found law school to be fun!

Although Careen ended up going into private practice fairly early in her career (contrary to her own expectations), she never forgot what prompted her to study law in the first place, and she started doing pro bono work as soon as she could. Careen joined Fragomen in 1998, but she didn’t follow a normal “partner track.” Instead, she was privileged to work in a group that monitored and analyzed developments in immigration law and policy, and acted as a liaison with government agencies and Congress on complex cases. She also joined Cardozo Law School as an adjunct professor, where she taught immigration law, and directed an immigration law field clinic, from 2004 until earlier this year. During this time, Careen wrote hundreds of articles on immigration law for legal, human resource and mainstream publications, as well as for several law reviews. She also joined her firm’s founding partner, Austin Fragomen, as a co-author of the Fragomen firm’s renowned series of immigration law handbooks and treatises. Inadvertently, Careen created an unusual path to partnership, based at least in part on the reputation she had earned in the immigration bar at large.

It’s clear that Careen cares a great deal about making an impact on the lives of those in need. It’s even clearer that we are incredibly fortunate to have an ally in Careen, and in her firm. We know that Careen looks forward to continuing to work with the Safe Passage Project, and we also look forward to working with her for many years to come. Congratulations to Careen Shannon for being successful on her very first case with the Safe Passage Project and helping to make a true difference in Maria’s life.