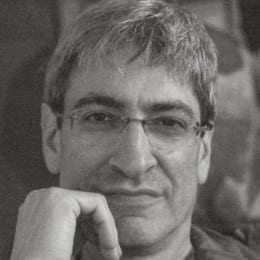 Larry Borten is a New York attorney with his own practice in Manhattan which focuses on immigration and civil rights law. Before starting his own practice, Larry was a senior attorney at Children’s Rights where he represented children in federal class-action lawsuits to reform state foster care systems. His introduction to immigration work was  through pro bono cases with Human Rights First in the early 2000s. Larry found it fascinating to learn about the stories of the people whom he represented.  They were desperate to remain in the US and he felt great satisfaction in helping them develop, and win, their cases. Larry is devoted to helping children in difficult circumstances and has recently founded his own not-for-profit organization, ChildCare Vietnam, that will support abandoned and disabled children in Vietnam.

His involvement with Safe Passage Project began in 2013 when he met Professor Lenni Benson, one of the founders of the organization, at a New York City Bar event on immigration matters. Recently Larry worked with Safe Passage as a pro bono attorney to represent a young woman who had fled Honduras with her four-year old daughter because of gang intimidation. In December 2015, thanks to the efforts of Larry and the team at Safe Passage, the client and her daughter were granted asylum and can now remain safely in the US.

Larry first met the client and her daughter in March of 2015. They had traveled through Guatemala and Mexico by bus and train, then waded across the Rio Grande to Texas after her daughter had been threatened by gang members who were trying to find the father.  What struck Larry was that this woman was so scared that she had given up her stable home with her family in Honduras for a precarious existence in the U.S., without a job or a consistent place to stay. Preparing the asylum papers with his client and preparing her to testify at her asylum hearing reinforced for Larry how success in court depends on developing rapport with your client and taking time to get to know them and their story.  “She was a good witness who testified compellingly and consistently about what had happened to her in Honduras.”  The most lasting memory for Larry was when the young woman burst out crying outside the courtroom after being granted asylum.  “It really sank in how important this was for her and her little girl.”

We sincerely thank Larry for all his work and hope to work with him again in the future.