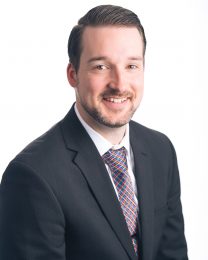 Following the changes announced by the Department of State on retrogression of the EB-4 visa category for applicants from Honduras, Guatemala, and El Salvador seeking Special Immigrant Juvenile Status, immigration attorneys all over the country were suddenly faced with an array of unforeseen challenges. Emergency filings and deadlines were added to already overburdened calendars.

Samuel Newbold, a Senior Associate at Barst Mukamal & Kleiner LLP and Board Member of Safe Passage Project, successfully overcame this challenge. He shared his story with us.

Mr. Newbold’s client, C.J.*, a 19-year-old from Honduras, has been through a lengthy and complicated immigration process over the past two years. C.J.’s story is heartbreaking. He lost his father at the early age of 6. He endured abuse and violence at the hands of gangs in his home country, and at the age of 16 decided to seek a better life in the United States.

In 2014, Mr. Newbold helped C.J. apply for asylum. It was a difficult process for the youth, as he had to learn how to trust a team of attorneys and staff from Safe Passage Project and the law firm. C.J.’s ability to remain in the United States was jeopardized when his asylum claim was denied. Despite Mr. Newbold’s assurances that there were other options for him, C.J.’s hopes were crushed.

Since C.J. arrived in the United States he has spent many hours pursing his true passion, soccer. He began playing in early childhood and had never stopped. He aims to play soccer at the professional level someday.

When C.J. received the news about his asylum claim not being approved he lost interest in following this dream and he sought refuge with a group of friends who did not have a positive influence on him.

In the meantime, Mr. Newbold, continued to seek options to help C.J. After more than a year of working together, the relationship extended beyond mere legal representation. Mr. Newbold told C.J. “anything unfortunate that happens to an undocumented child, can jeopardize his entire life.” The two had a difficult and heartfelt conversation, at the end of which C.J. acknowledged he had given up hope. Listening to Mr. Newbold made C.J. realize he was not alone – the first defeat does not have to be final. C.J. developed a new appreciation for the enormous amount of work these professionals were putting into his case and his future.

After a reassessment of C.J.’s case, Mr. Newbold decided to seek Special Immigrant Juvenile Status. This set the beginning of a new series of challenges, bringing an experienced business immigration attorney into the family court. Mr. Newbold worked with C.J. and his family through a complicated process involving numerous submissions, new deadlines, multiple client meetings, and the most recent obstacle – the EB-4 visa category retrogression. A process generally completed within two months was finalized by Mr. Newbold in a short two weeks.

Coincidentally, Mr. Newbold had to file C.J.’s petition during a time when his law firm duties were consuming all of his working hours. He recalls it being an extremely challenging time, because when a pro bono case “becomes engulfing and bleeds” into an attorney’s practice, an ethical choice must be made where daily duties are measured against a person’s life. Mr. Newbold volunteered additional hours and resources, working to ensure the last step towards securing legal status for C.J. was executed properly.

Today, Mr. Newbold is proud to report C.J. was admitted to a great community college and after finishing high school this summer, he will continue his education in the fall. C.J. also rediscovered his passion for soccer and is currently planning to join a professional team. The story of C.J. and Mr. Newbold is a great example of the extraordinary impact Safe Passage pro bono attorneys have on the lives and futures of young clients.

*Name has been changed to protect the client’s privacy.