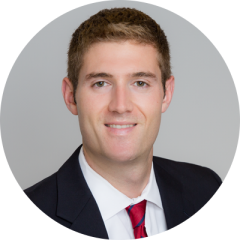 Christopher Gregorio is an associate attorney at the law firm Fragomen, Del Rey, Bernsen & Lowey, LLP. He obtained a JD from Fordham University School of Law in 2013 and a BA from Boston College in 2010. He joined Fragomen as an associate in November of 2013 and his main practice area is business immigration law.

Christopher became a volunteer with the Safe Passage Project in November of 2014. Prior to joining Safe Passage, he was a volunteer with the Lincoln Square Neighborhood Children’s Law Project, a student-run program that teaches children, grades 3 through 7, about law, citizenship, and literacy. Chris enjoyed giving back to the community by mentoring young children and when he became an immigration attorney, it was a natural transition to assist minors in deportation proceedings through the Safe Passage Project.

Christopher is a regular volunteer at our surge and juvenile dockets at the New York Immigration Court. He has been assisting our staff in screening unaccompanied minors for almost two years. Christopher meets with the children and their families, explains the Master Calendar Hearing process, and then conducts an in-depth interview to determine what form of legal relief the child may pursue. Christopher was surprised to learn that children are not appointed legal counsel, and are expected  to navigate this difficult and confusing process on their own. This motivated him to appear before immigration judges as a “friend of the court” on behalf of children without legal representation.

Christopher has provided invaluable help to the Safe Passage Project by dedicating his time to our cause. The Safe Passage team is proud and grateful to have Christopher Gregorio as one of our volunteer attorneys.