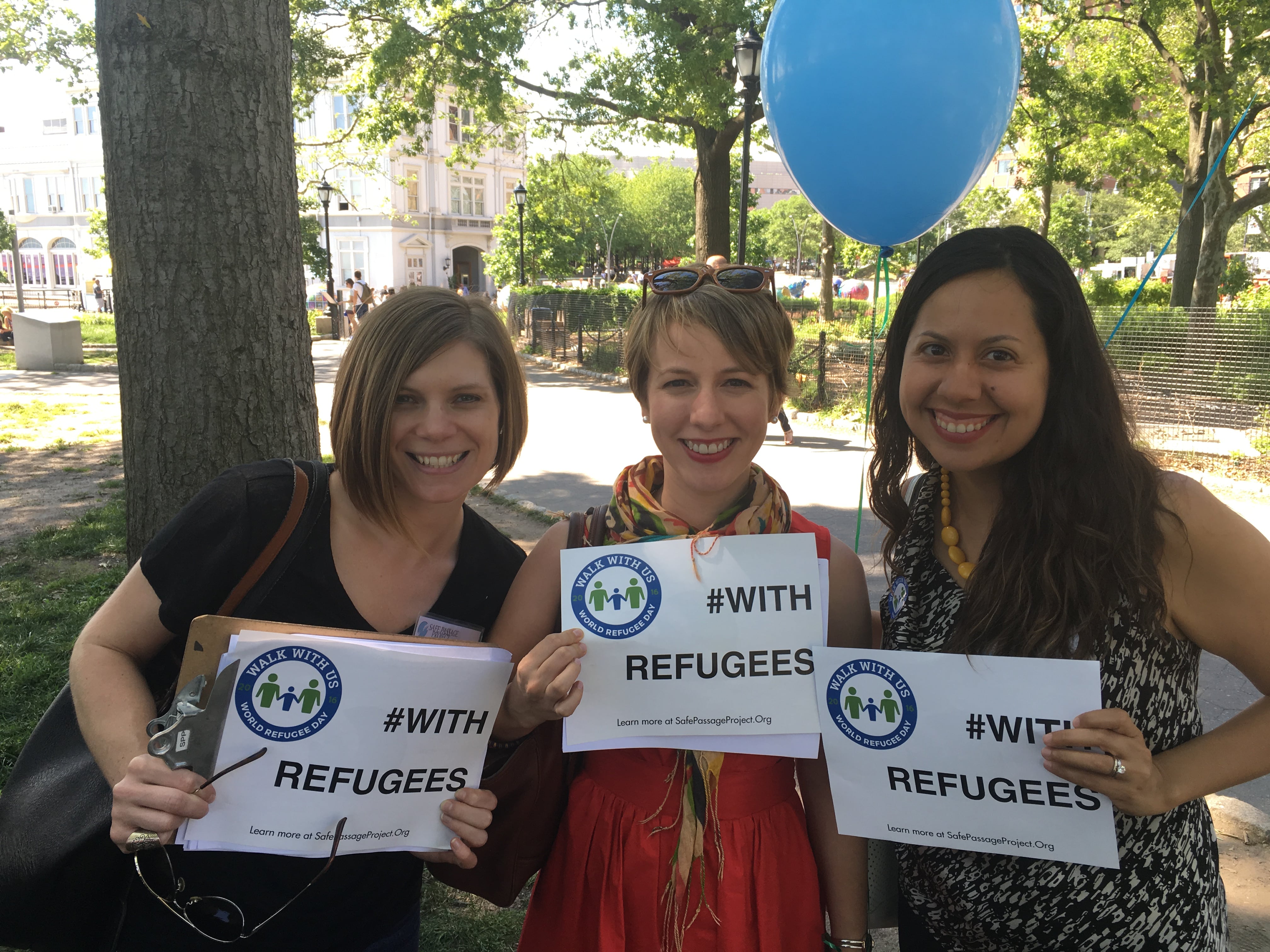 It’s not too late to check out Safe Passage Project’s Historical Refugee Walk through downtown Manhattan!

Get your friends together and take the self-guided walking tour, starting at Battery Park, and ending just south of Canal Street at New York Law School.

The Historical Refugee Walk audio is available now on SoundCloud.

You can find the tour map and stops here: WRD 2016 Walk Card! 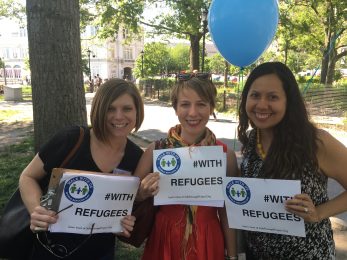 Why are we walking #WithRefugees anyway?

Most recently feted on Friday, June 17, 2016, Safe Passage Project had a fabulous afternoon touring groups from all over the New York area, who came down to Battery Park in support of refugees and to #WalkWithUs. 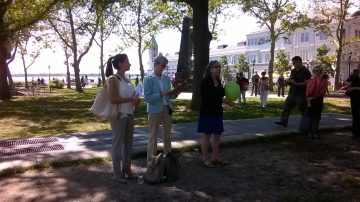 Kicking off the event from Battery Park were several speakers, including Professor Lenni Benson, professor of Immigration Law at New York Law School, Pam Goldberg, a former policy official with UNHCR, and Sarah Onvani from the American Red Cross – Greater New York. In particular, remarks were focused on the refugee crisis arising from the conflicts in the Northern Triangle of Central America that have been pushing women and youth north-ward in search of humanitarian protections. In the last three years, 140,000 children have sought protections at the U.S. Southern Border. Established in 2006 by Prof. Benson, Safe Passage Project works in the New York Immigration Court to address this crisis and the children that it has affected so profoundly.

What more can I do to support the work of Safe Passage Project on behalf of refugee children?

You can donate to the cause! All donations to Safe Passage Project support the legal representation of children before the immigration court system.

You can volunteer! Are you an attorney? Take a case! Do you speak Spanish? Would you be willing to come to court? Are you available for client meetings at our offices, on Long Island, or in any of the Upstate counties? Come translate! 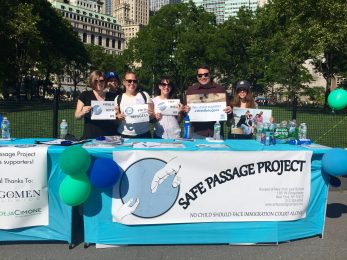