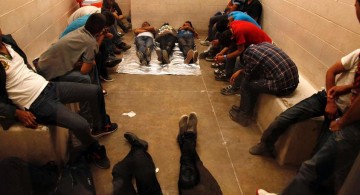 “Without an attorney, child migrants from Central America face overwhelming odds in seeking relief from U.S. immigration courts, according to newly released government data that paint a far grimmer picture than what the Justice Department has admitted in federal court.”

Since last July, children were 13x more likely to have their removal proceedings terminated or administratively closed if they had legal representation than if they did not.  The odds are even larger in the South.

Also last July, Obama made a request for changes to the Trafficking Victims Protection Reauthorization Act of 2008 (TVPRA) that would allow Border Patrol agents to make a deportation decision themselves.  In March, a court case in Seattle fought this proposed amendment, stating that those abbreviated deportation proceedings would violate the children’s rights to counsel and due process under the Constitution.

The children must be able to have adequate access to relief by way of asylum or special immigrant juvenile status (SIJS).  Both routes require almost fluent-knowledge of the English language and prior knowledge of the legal and court systems.

Different states have different records of terminated cases with and without lawyers, but the numbers are all still substantial without legal representation.