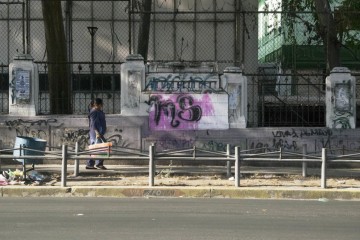 “In March, the government passed an anti-extortion law that, among other measures, forbids companies from supplying cellphone signals near jails. Under the new law, a phone company who breaks the law is subject to a fine of $753,000 per day.

In the meantime, gangs are part of daily life in El Salvador. Many citizens are confronted with violence and extortion on a daily basis.  People who can afford to send their children to private school do so to try and keep them from being recruited by gang members.

The daily newspapers report an average of 15 murders per day.

Still, because of heavy policing, gangs have become less obvious than they used to be. Members have begun hiding tattoos, and gang-related graffiti is less prevalent.  Now, gang members travel through the city invisibly, though in reality they’re everywhere, from poorer districts such as Soyapango to luxurious areas like Escalón and San Benito.”

To read the full article from the Tico Times click HERE.