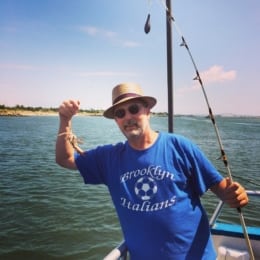 John Ryan is a graduate of Dakota Wesleyan University where he majored in History and Religious studies. He later attended New York Law School and obtained his JD in 1983. He is admitted to the New York State bar and the New Jersey State bar. While he was in law school, John was a law clerk for maritime law firm which made him realize that he was more interested in civil law. Upon graduation, John began working for Hill Rivkins LLP, focusing on transportation and insurance.

John first came into contact with Professor Lenni Benson back in 2008, when he audited one of her classes for CLE credit and participated in conversations with students about his experiences in actual practice. John connected with Professor Benson again in 2013 during an “I have a dream” lecture and Professor Benson introduced John to the Safe Passage Project. Since 2013, John has been diligently volunteering with Safe Passage and assisting immigrant kids.

As a pro bono attorney with Safe Passage, John represented a young boy who crossed the southern border into the United States unaccompanied at the age of eight. His mother was only 13 years old when she had him as the result of sexual abuse and left him behind to establish a life in the United States. With John’s assistance, the young boy obtained lawful permanent residence status. He is now 11 years old and adjusting well. This young boy is only one of the many children John has represented through Safe Passage.

John is very enthusiastic about assisting Safe Passage children. He believes in helping people to understand the immigration process and to know their rights. He also enjoys meeting people from other countries and likes talking to those who are looking for counsel in the unnerving process of going through the immigration court system. To John, Safe Passage is an opportunity not only help children and their families, but it is also an opportunity for him to learn about new things, whether these may be new aspects of the law or about people in general. John is proud to be a Safe Passage pro bono attorney and to be able to provide hope and assistance to immigrant children and their families.