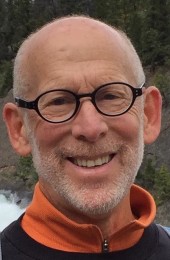 Stephen Rogowsky is our featured attorney this week. After attending a course where Lenni Benson was a speaker in the summer of 2013, Steve became more interested in how he could help the children that were going through the immigration process alone. Just a few months later, in February, he joined Safe Passage Project as a pro bono attorney and took on the cases of a young brother and sister from Ecuador. Steve worked diligently, navigating their SIJS cases through Family Court and USCIS, and was able to help both of them secure Special Immigrant Juvenile Status and their “green cards” which arrived just this last weekend. Both the clients and Steve are happy for the successful result.

In Steve’s 37 year career, he’s had a lot of experience standing up for people rights. He represented student protesters at SUNY Purchase in 1979 and the successful establishment of a group home in 1985 for disabled persons in Port Chester that required going all the way to the New York Court of Appeals. His passion for representing those who otherwise would not have been able to represent themselves lead Steve to become more involved in his own community too. He was appointed by the Governor to the Board of Westchester Medical Center in Valhalla where he served from 2009 to 2014. He has also formerly served as a member of the Board of Human Development Services of Westchester and the Board of the JCC of Mid-Westchester. His desire to serve even extends to volunteering at the polls on election days as an attorney in support of voter rights.

Stephen Rogowsky is constantly looking out for the rights of others, and we’ve been so lucky to have him with us as a pro bono attorney. We look forward to working with him in the future and standing up for the rights of many children who would not be able to represent themselves in court. Congratulations to Stephen Rogowsky on being successful on his first case with Safe Passage Project, and for helping his two clients to begin a new life here in the United States.