On December 31, 2015, Safe Passage signed onto the letter to President Obama, with nearly 165 fellow organizations, in advance of the announced DHS raids on immigrant families. 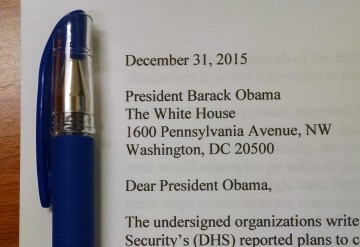 “The undersigned organizations write to express our opposition to the Department of Homeland Security’s (DHS) reported plans to conduct raids in communities nationwide to round up and deport Central American children and their parents.

If these plans are implemented, many families will be deprived of the right to seek protection from persecution…” You can read the full text of the letter here.